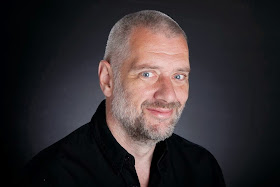 Frits Rouvoet is the name of a man claiming to be saving 'forced prostitutes' from Amsterdam's Red Light District. He just happens to be the brother of former party leader for the ChristenUnie André Rouvoet (which just so happens to be the political party that opposes legal prostitution), and just so happens to be religious himself as well. The man can frequently be found in the media, supporting the stories organisations like Free A Girl tell, or supporting his political friends like Gert-Jan Segers from the ChristenUnie, who all claim the same things.
The man that once used to believe that Lucifer would take over the world on 06-06-06, and warned people about this through an organisation that he worked for called 06-06-06, has a history of being a gambling addict himself.

Now this simple religious man has dedicated his life to 'saving women from forced prostitution', and works for two organisations, Blood'NFire (so he can get in contact with prostitutes in the prostitution areas in Amsterdam) and BrightFame (that helps ex-prostitutes to find a job), and both organisations depend on donations, to rescue these women. Also Frits Rouvoet claims not to be making any money with his work, just like many other people that make false claims about prostitution, even though that makes one wonder how he does make a living? After all, Frits Rouvoet doesn't seem to have another job, so how can he survive without any income, while at the same time doing so much work for these two organisations?

Besides the fact that it remains unknown how this simple man makes a living, since he totally doesn't make money with his job of saving women, it's also unknown which women he saves. Because, even though Frits Rouvoet regularly walks in Amsterdam's Red Light District, unlike many other people that claim most prostitutes are forced, Frits does actually attempt to talk to real prostitutes.
After checking with some other girls, it turns out though that most prostitutes see Frits Rouvoet as 'this idiot that always brings flowers', and often try to get rid of him by pretending to be on the phone.
But what's really strange is that Frits Rouvoet regularly claims to have 'saved' a woman from Amsterdam's Red Light District, and has been doing so for years, while I still see the same girls at work every day. So, how come he claims to have taken away women, if the same women are still working behind the same windows for years already? Which women has he taken away, and how come nobody has noticed the women that have gone missing, because he has 'saved' them?

But more interesting is the fact that Frits Rouvoet claims to be 'rescuing' these women from their pimps, while never taking them to the police to make a statement. It's almost as if Frits is only interested in getting as many women out of prostitution, but has no interested in the bad guys getting caught. Why doesn't Frits Rouvoet do the responsible thing, and takes a woman who is a victim to the police, so they can catch the pimp, and take one more bad guy off the streets? Why is he letting the bad guys get away with this, if he thinks this is such a bad thing? It's almost as if Frits Rouvoet doesn't care that new women might become a victim to these pimps, to which he of course would have to show up as the 'hero' and rescue these women from a 'terrible fate'.

No, if what Frits Rouvoet claims would be true, half the Red Light District would've been empty by now, because of all the women he would've 'saved'. Also if his claims are true about these women being victims, he's actually supporting the crime, by not giving this information to the police or letting the victim testify against the perpetrators.
It also makes one wonder as to how exactly Frits Rouvoet is able to undermine these 'oh so violent pimps'. After all, aren't these pimps the same big, tattooed, pumped up guys, that beat these girls into a pulp in order to gain control over them, so they will work for them as a prostitute? Then how come pimps simply let Frits Rouvoet take away 'their girls' without a fight, threatening their entire operation and loosing yet another girl and therefor another investment? Does Frits Rouvoet possess some kind of supernatural (perhaps God-given) powers, that protects him from these violent pimps?

Honestly though, I don't really think Frits Rouvoet does this. I don't think he rescues real victims, since that would involve the police and other authorities, which is something he never does. In fact, I think he exaggerates his work quite much, in order to receive more funding. He's not really helping victims to escape. He may be nearly helping women who want to quit this job (not because they are forced, but simply because they've had enough of the job and want to quit).

What I've understood from other sources, is that Frits Rouvoet nearly talks to some prostitutes, slowly talking in to them, into quitting their job. Kind of brainwashing them, which I guess is a technique he's mastered during his period at 06-06-06, making people believe Lucifer would soon be taking over the world. Slowly talking into prostitutes, talking about how this job could've never been there dream job, etc. He slowly is trying to form a bond with these girls, until they're brainwashed enough for him to help them quit this job. Once they've made that decision, he helps them quit and helps them set up their life after leaving the prostitution industry.
Thinking about it, Frits Rouvoet actually does exactly the same thing pimps do, but just in reverse. Because where a pimp tries to get a girl into prostitution for his own profits, Frits Rouvoet tries to get them out of prostitution for his profit (each new 'saved' girl is a 'success' in need of a reward by donation), using manipulation and bonding to do the trick. Frits Rouvoet, the pimp of ex-prostitutes ladies and gentlemen!

Of course the real reason why Frits doesn't tell these things to the audience, is because Frits himself is deeply religious. Like his brother, André Rouvoet, and other ChristenUnie members, they oppose prostitution, and will use any lies to make people think prostitution is a bad thing. Giving prostitution a bad name by any means, will give people the idea that legalizing prostitution was a bad idea, something religious people have always claimed simply because it's against their moral code. Yet funny enough, many of my customers are religious, so I guess that's as far as that moral code goes.

No, Frits Rouvoet is just another religious nut, trying to give prostitution a bad name by making false claims. He uses his real life contact with prostitutes in the Amsterdam Red Light District to get intimate knowledge of the prostitution industry, and what drives women into doing this job. Of course he can't always state what all the women are saying to him, since that would give people the idea that prostitution actually empowers women, which isn't exactly the message he wants to send out, so he'll carefully listen to the words of a prostitute, and take sentences out of context to make them sound very sad and depressing, giving people the idea that 'these girls aren't happy where they are'.
Manipulating his audience on Twitter and on his blog, by carefully making selections of sentences spoken out by prostitutes, to take them out of their context and create a fake reality in where prostitutes seem depressed and unhappy with their life, and adding in his own fake stories about how many girls are forced, in order to get more people to donate money to his organisation (which essentially goes to him). In short, another person twisting the truth, telling lies about prostitution, so he can profit from these things himself. He's not really rescuing victims, he's pimping them into another life and is receiving donations for this, that's all.

One thing is for sure though, Frits is not actually involved with victims. If that would be the case, he would need to involve the police, which Frits never does. His stories online are only there to 'support' his word against others, in hopes people will donate money to this 'good cause', which of course in reality is not as good as he claims it to be. In short, just another profiteer of victims of trafficking, making money off the backs of these victims, while not really 'saving' any victims in reality.